Cricket is a sport that has been around for centuries, with its origins dating back to the 16th century in England. Over the years, the sport has undergone significant changes, both in terms of rules and equipment as well as its global reach and popularity. In this article, we will take a retrospective look at the evolution of cricket, examining how the sport has changed and grown throughout its history. 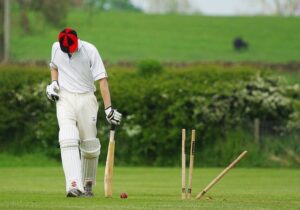 Evolution of cricket rules and equipment:

The earliest form of cricket had very different rules and equipment than what is used today. For example, the ball used to be made of leather and was much softer than the hard balls used today. Similarly, the wickets were made of wood and were much more basic in design. Over time, rules and equipment were updated to make the game safer and more competitive. For example, the introduction of overarm bowling in the 1820s revolutionised the sport and made it more exciting for players and spectators alike.

Impact of technology on cricket:

Technology has played a significant role in the evolution of cricket. For example, the introduction of television broadcasting in the 1950s allowed people around the world to watch live matches and increased the sport’s popularity. Similarly, the advent of digital technology in recent years has allowed for real-time data analysis, instant replay, and other innovations that have improved the viewing experience for fans. The use of technology like DRS (Decision Review System) has also helped make the game more fair by reducing human error.

Modern-day cricket and its global reach:

Today, cricket is a sport that is played and followed by millions of people around the world. It has especially gained popularity in countries like India, Pakistan, Australia, and England. The Indian Premier League (IPL) is one of the most popular cricket leagues in the world and attracts top players from around the globe. The inclusion of teams from different nations has also resulted in the globalisation of the sport.

Conclusion and future of cricket:

The evolution of cricket has been a gradual process that has been shaped by changes in rules and equipment, as well as advancements in technology. As the sport continues to evolve, it is likely that we will see even more changes and innovations in the future. Whether it’s through the use of new technologies or the inclusion of new teams and leagues, one thing is certain: cricket will continue to be a beloved sport that is enjoyed by people of all ages and backgrounds.

The role of colonialism in the spread of cricket:

Cricket was introduced to many parts of the world by British colonial powers, and it quickly became a popular sport in countries such as India, Pakistan, and Australia.

The impact of professionalization on cricket:

As cricket became a professional sport, players began to earn significant salaries, and teams began to invest more money in facilities and equipment. This led to the development of more skilled and competitive teams and increased the popularity of the sport.

The influence of cricket on other sports:

cricket has had a significant influence on the development of other sports, such as baseball and rounders. The similarities in rules and equipment between these sports suggest that they may have evolved from a common ancestor.

The impact of T20 cricket:

The introduction of T20 cricket in 2003 has been a game-changer for the sport; it has made the game more action-packed and faster-paced and has attracted a younger audience to the sport. T20 cricket has also been a major contributor to the growth of cricket leagues around the world, such as the Indian Premier League (IPL) and the Caribbean Premier League (CPL).

Performances in the history of the Champions Trophy

The role of cricket in diplomacy:

Cricket has often been used as a tool for diplomacy, with countries using cricket matches as a way to improve relations and build goodwill. Cricket diplomacy has been especially effective in countries where cricket is a popular sport and has a large following.

The growth of women’s cricket:

Women’s cricket has grown significantly in recent years, and the International Cricket Council (ICC) now recognizes a Women’s Cricket World Cup, a Women’s World Twenty20, and a Women’s Championship. This has helped to increase the visibility and popularity of the sport among women and girls and has led to more investment in women’s cricket leagues and tournaments.

Disclaimer: This Prediction Is Based On Writer’s Analysis And Instinct. When Making A Prediction, Consider The Aforementioned Information And Make Your Own Decision.